IT Band Problems with Cycling

IT Band and the Cyclist

Iliotibial band (IT Band) pain and tightness is a common issue for triathletes and cyclist. In this article I will review why this is such a common issue by looking at the mechanics of the IT Band during cycling, and discuss how Active Release (ART) Treatment is so effective in addressing the problem (and also why it is so difficult to fix the problem with basic stretching and rolling).

Here is why this matters with cycling…..

As the thigh comes forward at the top of the pedal stroke it creates a flexed position at both the hip and knee. As the hip flexes it will stretch the GMax, and since the GMax is connected to the IT Band this stretch will also be transferred to the ITBand, and will act to pull the ITBand up towards the hip.

At this is happening the flexed position at the knee will stretch the Vastus Laterails, pulling it down towards the knee…. so the IT Band and Vastus Lateralis are pulled in opposite directions with each pedal stroke!

As the IT Band and Vastus Lateralis slide back and forth against each other it creates friction between the two tissue layers. When this friction occurs repeatedly (which it does with cycling as thousands of pedal strokes occur with even a short ride) it can irritate and damage the interface between the tissue layers. As the tissue are irritated or inflamed soft tissue adhesions (aka scar tissue) will form between the muscles. These adhesions are your body’s attempt to heal the damaged tissue, but when there is damage between two layers of tissue like we see here, the tissue layers can actually become glued together. This prevents the tissue from sliding against each other. 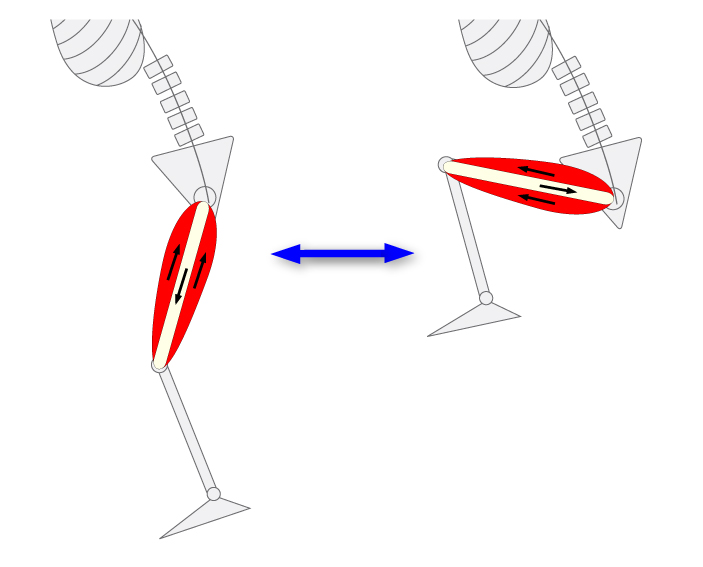 Of course, the cyclist keeps cycling, but now instead of the IT Band and Vastus Lateralis sliding on each other they are stuck together. Not only will this affect cycling mechanics and performance, but this is also when tightness and pain start to show up.

Fixing the IT Band

Many people try to stretch or roll out the Quads and IT Band. While this may be helpful to some degree, there is no way that this type of self care can restore the normal sliding of the IT Band and Vastus Lateralis. For this you need to treat the tissue layers in such a way as to get the IT Band and Vastus Lateralis to slide on each other. Fortunately, this can be accomplished by using a specialised soft tissue treatment method known as Active Release Techniques (ART)

Here is how ART works to fix the IT Band…..

With the patient lying on their side the doctor can use one hand to contact the ITB and the other on the Vastus Lateralis. Now patient motion, along with the doctors hand contacts, can be used to restored the sliding of the two tissue layers. Do do this the doctor will have the patient bring the leg back and then down towards the foot. This motion will cause the IT Band to be pulled towards to the hip – and this motion can be assisted and facilitated by the doctor’s contact on the IT Band. If the patient then flexes the knee from this position it will create a pull on the Vastus Lateralis towards the knee (opposite direction as the IT Band) – this is again assisted with the doctor’s other hand contact. So essentially with treatment the goal is to pull the 2 tissue layers in opposite directions which can release the adhesions between the layers and get the tissue better able to move and slide over each other again. Check out the video to see how this is done.